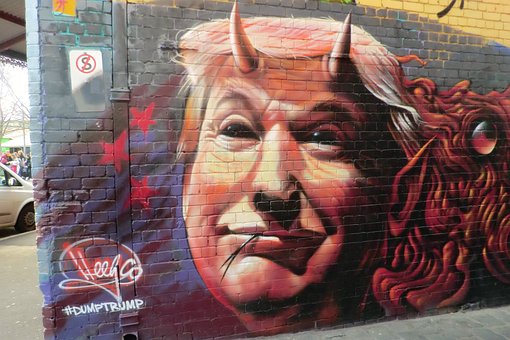 In August he revised his strategy and added many details such as Tax Brackets, Standard deduction changes, corporate rates and eliminating the gift/estate tax. Furthermore, Donald J. Trump’s plan could have an impact on the market at domestically and internationally. In this paper, I aim to reevaluate the ramifications of his tax program, on the person, the United States and examine some assumed outcomes for the United States from a global standpoint.

Individual
Let’s face it, there are only a few people on this earth that consider the good of their country before the good of their own wallet. He suggests doubling the standard deduction and lowering effective tax rates across the board. This implies that around $8,000 for single filers and $16,000 is completely untaxed; together with the fact that most incomes will see a lowering of effective tax rates, everyone will be paying fewer taxes. (Fox, Pg. 1) Trump’s system is very appealing across the board, but only two groups benefit greatly. First, since the standard deduction and the 0% tax bracket are increasing some families earning low incomes could experience no taxation at all. The next group that could experience a massive tax break is multi-millionaires.

“… that the highest-income 0.1 percent of taxpayers (those with incomes over $3.7 million in 2015 dollars) would experience an average tax cut of more than $1.3 million in 2017, almost 19 percent of after-tax income.”

Some folks compare Trump’s Possum Poop plan into an escalated version of the George W. Bush tax cuts. Another issue with Trump’s tax plans is they are extremely vague in substance and impractical in today’s society where corporations and individuals take advantage of every break possible. One loophole that exists is that people may set up LLCs and like corporations and really lower their tax rate, this is due to very low unearned income tax rates. By funneling all your income through these mock corporations, individuals could create a tax ceiling of 15 percent (Trump’s unearned income alternative rate) even though the normal tax brackets go around 33%. Now, it can be reasonably assumed that this strategy once brought to a concerted congress would be tightened up with a lot more rules added to eliminate glaring loopholes and issues with the plan. In the case of a democratic house or senate, these tax reforms could be shot down entirely. Together with the assumption that his entire plan goes through the decrease in tax revenue could create a strained relationship between the United States’ revenue stream and the expenses they have budgeted for, thus influencing their ability to create an economic incentive for the U.S. market.

National
On a grander scale than the individual, the United States market would change due to Trump’s tax program. Following the individual changes are accounted for, the corporations would be the next largest factor. Trump plans on dropping corporate tax rate considerably, which would create an upwards swing in after-tax profits. This benefit could go two ways; first corporations could pay the surplus profit out to shareholders in dividends or second corporations could reinvest the extra cash into retained earnings. Either way, this could give an injection of great profits and growth to the market. Regarding United States tax revenue, this growth brought on by the tax break could make up for some of the deficit in tax revenue even more so when most of these profits were distributed in dividends. To further reduce the tax shortage Trump has proposed a one-time offshoring tax which would be paid by any U.S. firm that has transferred its operations overseas. These measures may eliminate the deficit in the short term, but long term the deficit could arguably skyrocket. This is because of drop in tax revenue and a projected growth in spending. Some major expenditures would include border security (the wall) and increases in military spending. Trump has promised to reduce expenditures in different facets but has only stated he will remove inefficiency and cut out waste. Trump’s economic policy isn’t so favorable for the United States economy. Due to increased globalization and low reinvestment of profits, the initial gain from Trump’s plan diminishes and actually reverses. In general, Trump’s plan could be very bad for the market, especially if previous tax cuts are any indication of their effects.

Global
Internationally, the United States is no longer the world’s only powerhouse. With a multitude of other nations on par with the US and winning in some facets. The USA is in no place to fall behind. The largest problem with Trump’s tax plan and his general financial policies is they are isolationist policies. Globalization has created winners and losers, but segregating the USA by pulling from trade deals like NAFTA will really decrease exports and make our exports more expensive. Additionally, the one-time offshoring tax will produce a strain on multinational firms. The largest upswing for the United States are the new low corporate tax rate could entice companies to come back to America and enjoy the reduced taxes. This is shown with the temporary gain in GDP growth rate. It hasn’t yet been shared precisely how the reduced corporate tax rate would bring companies back, many companies that have offshored their business still maintain corporate status in america and I doubt that a break in corporate taxes would be greater than what it costs to cover an American Labor force.

To conclude, Donald Trump’s tax plan can and could have a much greater effect than it appears on the surface. If the senate agreed to adopt Trump’s full plan as it’s now: the individual would observe personal taxes decrease and company taxation fall too, Federal revenues would swing high then low along with the United States GDP, and Trumps overarching economic policy could put America at a really sticky place in the global economy. As a forewarning, this essay will follow several assumptions made by Moody’s and the Tax magician. In final thoughts, Trump’s tax plan would benefit Individuals and the United States corporations greatly but would create friction in the entire US economy could cause another economic slowdown.