According to recent research results, a strong 10-minute power nap tends to significantly boost our mental focus and endurance.

The results were somewhat surprising. You might expect more benefits from the longest 30-minute rest period, but that was not the case. 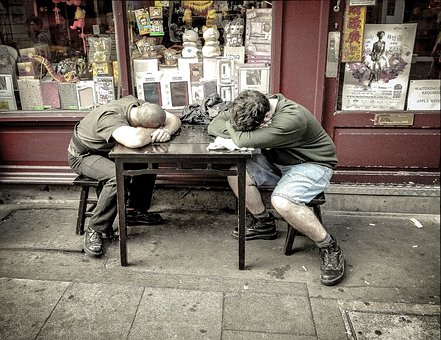 Here is a short summary of the results of the study: The 5-minute nap seemed to produce hardly any benefits, and the nappers scored like the no-nap management group.

The 20-minute nap produced measurable improvements that appeared to emerge an average of 35 minutes after the rest, and to last up to 125 minutes after napping.

The 30-minute rest was found to produce a period of impaired alertness and performance immediately after napping, an indication of sleep inertia.

The 10-minute rest, on the other hand, generated immediate improvements in all outcome measures (including sleep latency, subjective sleepiness, fatigue, vigor, and cognitive performance). In this case many of these benefits were maintained for as long as 155 minutes.

The problem a lot of people have is that naps can be hard to end at 10 minutes, and it is tempting to just continue to sleep. But as this and several other studies have shown, longer nap intervals are usually far less effective. Nap for 30 minutes, for instance, and you risk sleep inertia — the mentally groggy disorientation that often comes after waking from a deep sleep.

Other studies have found that timing your nap is equally important. If you rest too late in the day you can interfere with your natural circadian rhythm, and might not sleep well that night.

Can’t take a nap at work? Interestingly some forward-looking companies have started to encourage naps. Some have even installed “nap channels”

But if your place of work hasn’t caught up with the advantages of power naps yet, there’s an increasingly popular alternative: Store a 10-minute power nap brainwave music on your own mat or phone. During your break period just plug in your earphones.

A good brain wave sound will coax your brain into light sleep brainwaves, but will not put you into a deep sleep. But it’s always best to use an audio that includes a brief wake up in the end.